Independent Film Premiere to Highlight Invasive Species in the Everglades 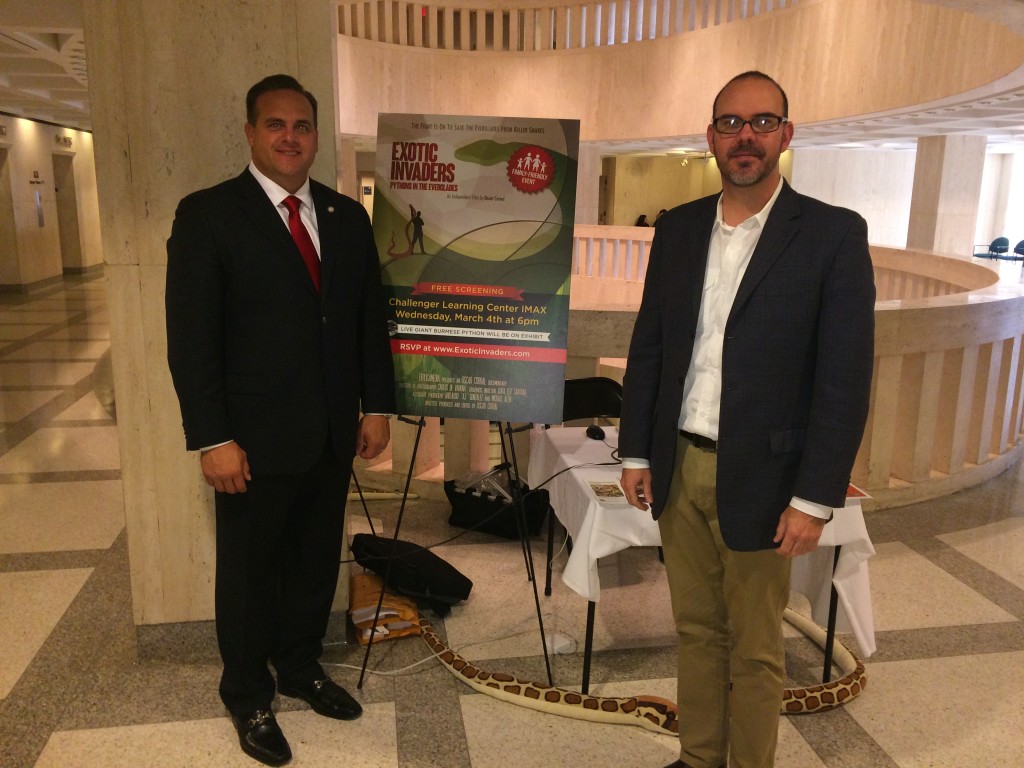 Tallahassee, Fla. – Giant and destructive snakes will star in the premiere of a new wildlife documentary, “Exotic Invaders: Pythons in the Everglades,” onWednesday, March 4, 2015, at the Challenger Learning Center IMAX.

“This will be a great family event, at no cost, as well as educational; and,
it includes the chance to view a live Burmese Python on exhibit!”

The screening will be followed by a conversation with Representative Frank Artiles (R-Miami), as well as experts on invasive species, including representatives from Audubon Florida and Florida Fish and Wildlife.

ALL INTERESTED MEDIA ARE INVITED TO ATTEND THIS FREE FILM

What: “Exotic Invaders: Pythons in the Everglades” Premiere

For more information, please contact Sarah Proctor at
atsproctor@bascomllc.com or 850.509.4729